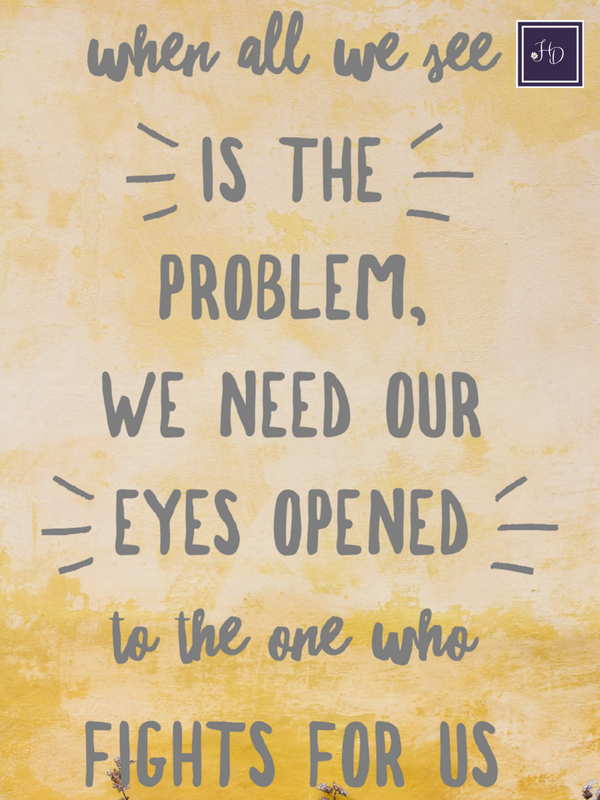 Oh my gosh!! Is that saying what I think it’s saying?

Have you ever had that happen to you as you read the scriptures? One line or even one word standing out from the myriads of other God inspired words. You have read that particular chapter and read those particular words before, and they have sailed past without a so much of a raised eyebrow.

But this time it’s different! It’s almost as if a yellow highlighter with flashing lights is begging you to look at the words. You read and re-read the same words, the same line. You pause to ask God a question, then read the words once more. The penny drops! The light bulb lights up! And you do a hallelujah dance, or at least an excited ‘Yes!”.

What you once didn’t understand, you now do. Don’t you just love it when that happens?

2 Samuel 5  we find David asking the Lord’s advice regarding attacking the approaching Philistines. He gets a “Yes” from God, David and his men send the Philistines packing. But the Philistines return. David once more enquires of the Lord whether to attack or not. The answer is still a yes, but with different How To instructions. How many of us think if God did something once then that is the only way to do it? I know we would never think like that, at least not out loud.

Verses 23-24 “And again David asked the Lord what to do. “Do not attack them straight on,” the Lord replied. “Instead, circle around behind them and attack them near the poplar trees. When you hear a sound like marching feet in the tops of the poplar trees, be on the alert! That will be the signal that the LORD is moving ahead of you to strike down the Philistine army.”

I had to read it several times. If it had said “When you hear the sound of wind” or “When you hear the rustling of leaves,” it would of made sense and I would of kept on reading. But feet marching, not on the ground but in the tops of the trees. Who marches that high off the ground? Angels perhaps?

It reminded me of another story found in 2 Kings 6. King Aram had sent an army to find and capture Elisha. Someone informed them Elisha was in Dothan, so King Aram’s men surrounded the city at night (vs 14). In the morning when Elisha’s servant got up he saw the army surrounding the city and he was afraid. Who wouldn’t be?

“When all we see is the problem, we need our eyes opened to the One who fights for us.”

Elisha was calm and told the servant in verse 16, ” Don’t be afraid”, the prophet answered. “Those who are with us are more than those who are with them.”  I wonder if the servant thought Elisha had finally lost it? All he could see was the invading army. When all we can see is the problem, we need our eyes opened to the One who fights for us.

Elisha prayed for the servants eyes to be opened and he saw (vs 17) “…the hills full of horses and chariots of fire all around Elisha.

We have not been left to battle alone, we don’t fight for victory but rather we stand in victory. Here are a few verses to help us remember God our Heavenly Father fights for us.

Exodus 14:14 “The LORD himself will fight for you. Just stay calm.”

Isaiah 54″17 “No weapon that is formed against you will prosper; and every tongue that accuses you in judgement you will condemn. This is the heritage of the servants of the Lord, and their vindication is from Me,” declares the Lord.

1 Corinthians 15: 57″But thanks be to God, who gives us the victory through our Lord Jesus Christ.”

Joshua 1:9 ” Have I not commanded you? Be strong and courageous! Do not tremble or be dismayed, for the Lord your God is with you wherever you go.”

I pray you have had a penny dropping, light bulb lightening revelation today.

Share your favorite battle victory verse in the comments, I look forward to reading them.