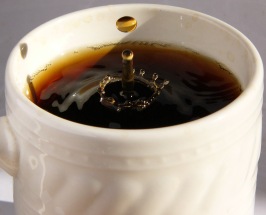 She only needed one seat, though three were open. No one sat beside her, no friend or family member occupied the remaining two seats in a of row of forty chairs or more. She was one woman in a church service of two thousand people on a Sunday morning.

The first worship song was underway when she arrived.  I only noticed her because she sat in the seat directly in front of me. A small framed lady, maybe in her early sixties. I noticed her white capris.  I had decided a few days before I would buy a pair when I lose ten pounds in weight. Okay lets get real, I admired her white capris…yes I momentarily stopped worshipping the Lord to look at a pair of white capris; how pathetic is that?

Mingle moment arrived, that moment when we greet those around us. After speaking to the people in front of her she turned to me and I to her.  Her face was kind and gentle.  We briefly greeted each other then she turned and faced forward.

Some woman don’t mind attending church on their own, personally I like company. Maybe it’s not the actual sitting alone during the meeting that bothers me the most but rather it’s the end of the meeting that bothers me more. That time when you gather your belongings together, leave your seat, and join the exiting crowd, unnoticed and unseen as you head back out the church door; having been with the local family of believers, yet not part of them.

I wondered if the lady in front of me felt part of this particular body of believers? Something about her told me she did not. It wasn’t anything she did or didn’t do, maybe it was because I have been in her shoes that caused me to sense her disconnect.

I felt a tug in my heart to invite her out for coffee, I rummaged my purse for my business card holder only to find I had one card left, unfortunately I had scribbled over it. Ah well, nice try but perhaps it was not meant to be. I relaxed in the thought that I would not be inviting a total stranger out for coffee.  I had been willing to obey the prompting but breathed a little easier when it didn’t work out.

Tug. Tug. Here came the same message, “Invite her out for coffee.” I needed to give her my contact information but was all out of usable business cards. We often hear the message to use what is in our hands.  I took it literally and looked at my hands, I was holding a tithing envelop. I wrote on it a short invite for coffee, my email address, and cell phone number, then waited for the end of the meeting.

Not knowing how this lady would react to a total stranger asking her out for coffee, I felt a little uneasy as the end of the meeting approached. I had no need to have worried, she smiled at my invite, thanked me and took my contact information. We exchanged first names and a few pleasantries.  I told her I would leave it up to her to call me to arrange a day and time. I did it that way because it takes two to make a connection. Both parties have to want to be connected or the disconnect continues.

At the time of writing I am still waiting for her phone call as it has only been a short time. Maybe she will call, maybe she won’t. She has been invited and I eventually obeyed the Holy Spirit prompting. Why is it I am slow to obey?

Phillip in the book of Acts was not slow to obey.

Later God’s angel spoke to Phillip: “At noon today I want you to walk over to that desolate road that goes from Jerusalem down to Gaza.” He got up and went. Acts 8 Message Bible

He got up and went! Love his immediate obedience.

What is the Lord prompting you to do that you are holding back from doing?

Would love to hear from you.